Fell a whole month behind and still moving slow, but here we go — presenting my last two months in books, movies, and television.

The Stone Sky is a powerful conclusion to N.K. Jemisin’s Broken Earth trilogy. Essun has grown into immense power and is determined to end the seasons (times in which the world tears itself apart), while her daughter, Nassun, with her own power and burdened by the memories of cruelty enacted on her and other orogenes, sets out to destroy the world for good. The character walk through an apocalyptic landscape of ash and cold, a world coming undone, each marching to their own destiny — and in the end a beautiful conclusion full of heartbreak, forgiveness, and ultimately love. The Broken Earth trilogy is brilliant from start to finish — one of my favorite reading experiences in recent years. 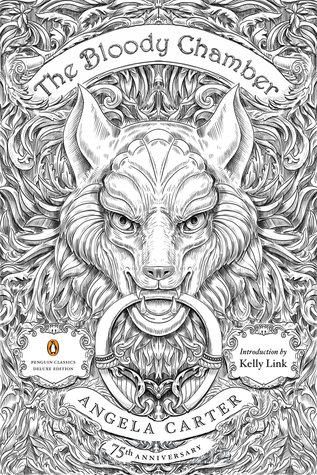 The Bloody Chamber and Other Stories by Angela Carter is a well loved collection, especially the title story “The Bloody Chamber.” People have been telling me about it for years — and now that I’ve read it, I totally understand why so many people love it. The story follows the Bluebeard fairy tale closely: a girl marries a rich man, who gives her the keys to the house telling her that she can open all the doors but one — a test she fails to nearly disastrous results. Carter takes the myth and brings it into the modern world (1970s, when it was first published) and provides more depth to the main character, giving her a history and motivation for the choices she makes. It presents servants that have personalities and her mother, who has fought in revolutions and can advice her over the telephone. The resulting story is at the same time grittily real and subtly magical.

One of my pet peeves about fairy tale retellings is that they often loose the magic when they are modernized. But all of the stories in Carter’s collection present similarly gritty and unsettling takes on old fairy tales, while not loosing that original weirdness and magic. It’s a fantastic collection.

I’m continuing to enjoy my reread of the Dark Tower series by Stephen King and particularly loved returning to The Drawing of the Three, which I talked about in-depth in another post. The novel offers fascinating characters and complex layered relationships, while also being a strange and surreal fantasy.

I also rather enjoyed A Wind in the Door, the sequel to Madeline L’Engle’s much loved A Wrinkle in Time (although it makes no reference to the first book despite having the same characters).
The story features a cherubim named Proginoskes, a giant who acts as a teacher, terrifying Echthroi who wish to un-name (destroy) all things, and travel between stars and to the minute scale of atoms.

Books Finished Last Two Months:
1. The Drawing of the Three by Stephen King
2. A Wind in the Door (audio book) by Madeline L’Engle
3. The Bloody Chamber and Other Stories by Angela Carter
4. Foiled #1, written by Jane Yolen, illustrated by Mike Cavallaro
5. The Stone Sky by N.K. Jemisin

Total Books for the Year: 38

Still in Progress at the End of the Month: The Stone Sky (The Broken Earth, #3)by N.K. Jemisin

I worked my way through the entire Dragon Tatoo trilogy: The Girl with the Dragon Tattoo, The Girl Who Played with Fire, and The Girl Who Kicked the Hornets Nest. Lisbeth is a fascinating character, strong and wicked clever, and Noomi Rapace is brilliant in the role. It’s fascinating to me that Lisbeth and Mikael barely see each other in person during the last two movies.I adore the fact that she goes full goth punk for her trial in the third movie, like she’s adorning herself in armor for the battle ahead. And I love that the story doesn’t burden her with the expectation that she should fall into some sort of gratitude-based relationship with him. After all his help, he accepts that she owes him nothing and they both move on. It’s a perfect ending, in my mind.

Spider-Man: Homecoming is one of the most delightful of the multitude of Spider-Man remakes since Toby McGuire took over the cowl in 2002. Tom Holland does a great job as Peter Parker, as charming and goofy as only a teenager can be. In fact, one of the things I love about the movie is all of the teenagers in the movie; they look and act believably like teenagers. It’s great.

In the month of October, I attempted to do a horror movie challenge with the aim of watching 31 new-to-me horror movies. I only finished 13, but it was a fun challenge — one I’ll likely try again next year. I had three favorites: I Am the Pretty Thing That Lives in the House, a strange and haunting movie layered with imagery that unfolds like a poem; The Girl with All the Gifts, which presents the zombie apocalypse from the point of view of one of the infected (the ending is my favorite part, unsettling and heartbreaking); and The Wailing / Gok-seong, a South Korean film that weaves together folklore, superstition and prejudice into a frightening conclusion.

I haven’t done sitcoms in a long time, but The Good Place is delightful. Eleanor (Kristen Bell) dies and gets sent to the Good Place, only to quickly discover she doesn’t belong there — her placement is some huge celestial mixup. After she confides in her supposed soulmate Chidi (played by William Jackson Harper, who has some of the best facial expressions ever), a professor of ethics and morals before his death, she begins learning to be good in order to earn her place. There’s a bit of a slow build at the beginning, but it gets better and better as it goes along and the ending is brilliant. Season Two has started and I need to get caught up immediately.

I made it through season five of Game of Thrones and continue to love for Tyrion Lannister, Arya Stark, and Brienne of Tarth; a growing appreciation for Sansa Stark; and was totally fine with John Snow dying.

And at some point over the last two months I watched all four seasons of Being Human (U.S. version), which is sort of a situational drama with vampires, werewolves, and ghosts — mostly silly, but sometimes fun. A decent way to pass the time.