The National Gallery in London holds oodles of amazing paintings across many centuries, from the medieval religious works (including a piece by Leonardo Da Vinci) through to Renaissance to some expressionists (with some works by Claude Monet and Vincent Van Gough). But here are a few paintings I found amusing beyond the quality of the art. I admit that this post is partially inspired by Women Having A Terrible Time At Parties In Western Art History, which is far more hilarious than I am capable of being.

Saint Michael Triumphs over the Devil (1468), painted by BartholomÃ© Bermejo, in which Saint Michael comes off as something of a dick.

I mean look at this devil. He’s just so cute with those adorable rosy eyes. He would even look like he was smiling and laughing, if not for the sword at his throat. He looks like he’s about to enact a joke or a prank. He’s all like, “Dude, Michael, I thought we were friends!”

And Michael’s standing there with that smug expression on his face, like, “Sorry, devil, you’re not pretty like the rest of us, so you have to go.”

Meanwhile, Two Followers of Cadmus devoured by a Dragon (1588), painted by Cornelis van Haarlem, is just an example of two guys having a really, really bad day. I mean, they just went down to the river to fetch a pail of water, because Cadmus just had to have a pale of water, and what do they get for it? A dragon, thank you very much. F*ck Cadmus.

That said it’s a very pretty, shiny dragon and I want him for a pet â€” provided he can be taught it’s bad to eat people, that is.

An Experiment of a Bird in an the Air Pump (1768), painted by Joseph Wright of Derby, in which a guy has a bird in a glass to show what happens when you create a vacuum. All the ladies are pretty much like, “This is the most screwed up thing I’ve ever seen. Why are we watching this?”

And all the guys are like, “Mmm, yes, this is very interesting,” even though even the scientist looks like he’s not sure what’s happening. 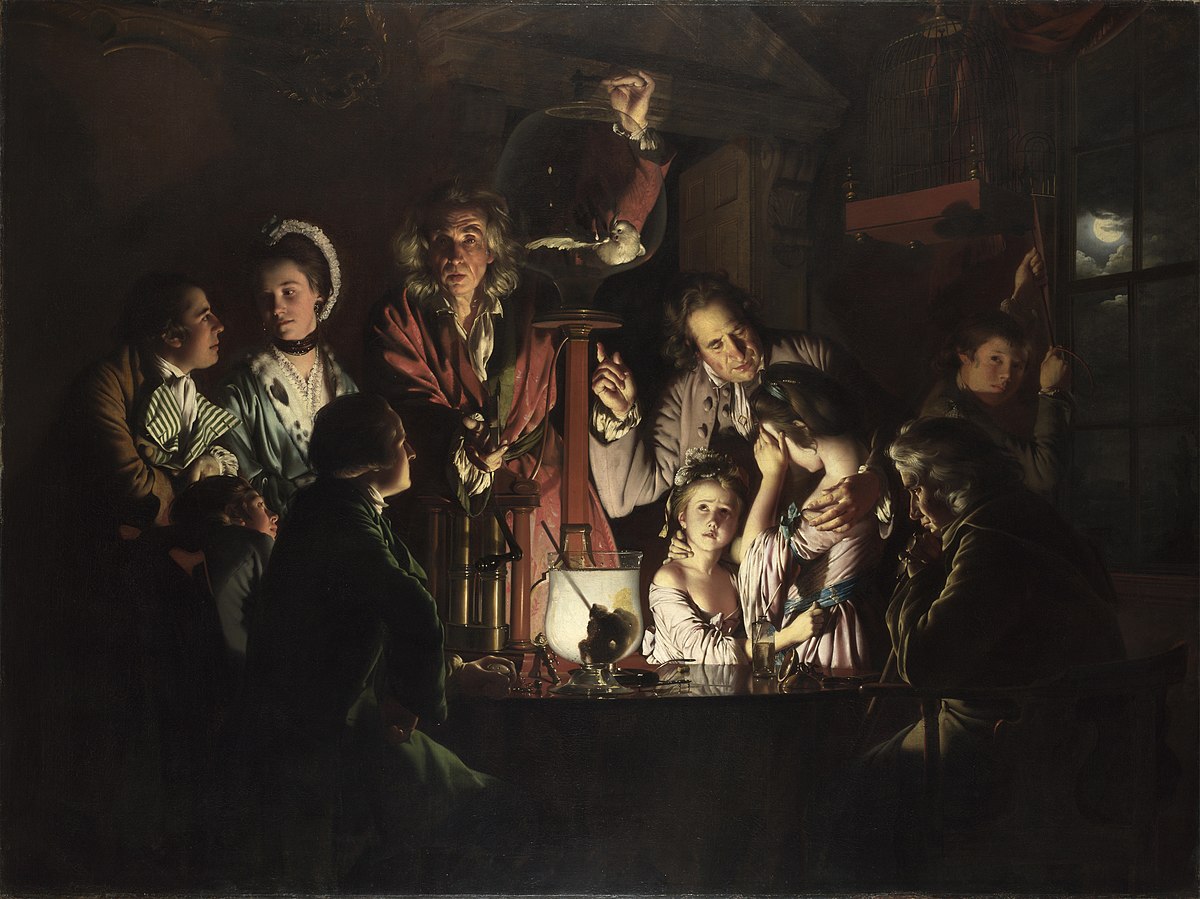